Being in the creative industry is a very demanding thing. People are expected to keep coming up with new ideas, new animations, new content. Robert Granita however decided to just go around claiming he worked on Garfield, Calvin and Hobbes, Batman, and even Teen titans for DC! Rob (pan intended) decided to sell "original" art to collectors who thought there were getting the real deal. Read more about this scandal at http://www.comicbookdaily.com/wp/daily_news/the-rob-granito-story/ 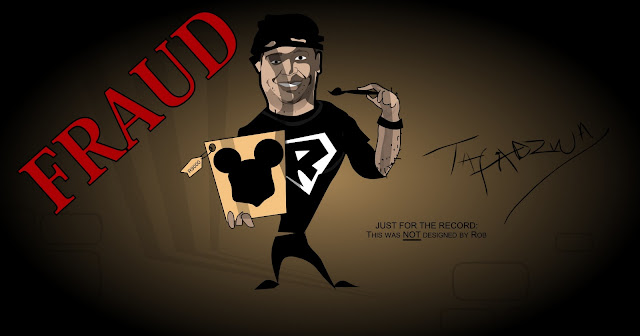 I agree with Comic book daily when they said and I quote "I think the bottom line for this guy is that if he had claimed he was a ghost artist copying other people’s art, he probably would have been okay, but instead he tried to claim it as his own". Rob has stole his last penny in the industry thanks to the 'co-smackdown' by Mark Waid and Ethan Van Sciver.

Visit the Comic book daily website to learn more about Robert Granito's fraud. This unfortunate story has to be entered into my Hall of (shame). I've never ever done anything for DC but you can see some of my work at www.totally2d.org. I hope Robert Granito's story shall fend off any other fraudsters looming in the arts industry.
Posted by theTafadzwa at 15:32