Greetings to you all , for the past 2 weeks or so I've been working tirelessly to assemble a team of voice actors for my next Animation project titled Hooked alive! Cisca will be one of the voice actors in the project. I shall look forward to sharing some of the design and animation ideas I have. The main gang in the project is as follows, from the left Petunia, Bait (the parrot), Martin, and LULU. To all who have read the script Lulu is by far the craziest character in the show, and I found the PERFECT
voice actor to play her part, watch out for that one.
LULU has what it takes to over throw Ambivalence from SALAD CHICK (click to watch). 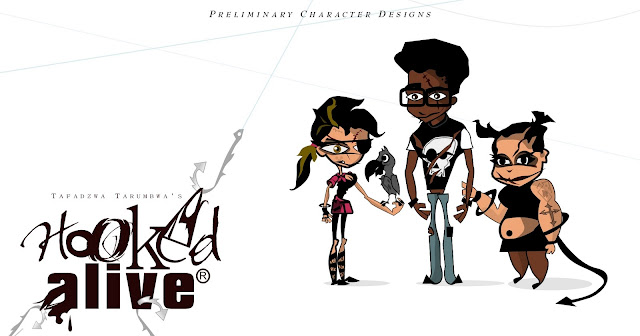 I will be sharing some design tips and lessons that I'm learning in this promising venture. The first of which is variety.... Hooked alive boosts of having a wide variety of characters ranging from the cave man and his beloved wife below, and the pirate's daughter in the pic above. To capture a wide audience one MUST NEVER ignore variety. 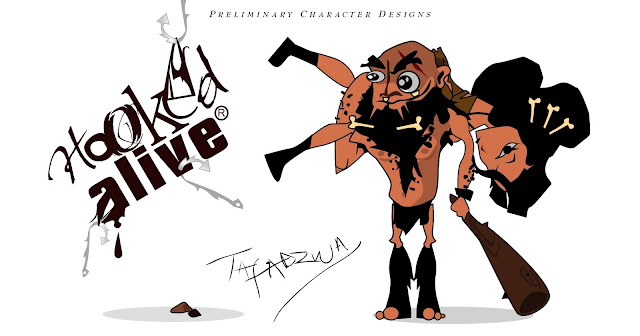 Above is two of the preliminary character designs that shall be in the project. In my opinion the design process and script writing is going on well, and I expect to start voice recording today. 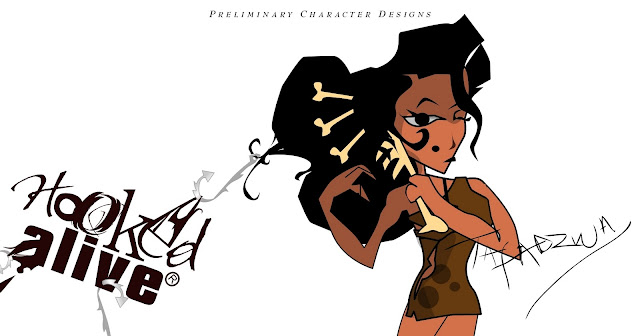 Thanks to Angelique (who plays as Wife - above) Hooked alive is going to be partly done in Afrikaans, which is a first for me in my work as I've only ever worked in English and or Shona. Angie will also be the Narrator to all the madness that will be happening in Hooked alive. I hope the world is ready for my most promising project to date. I know I am. 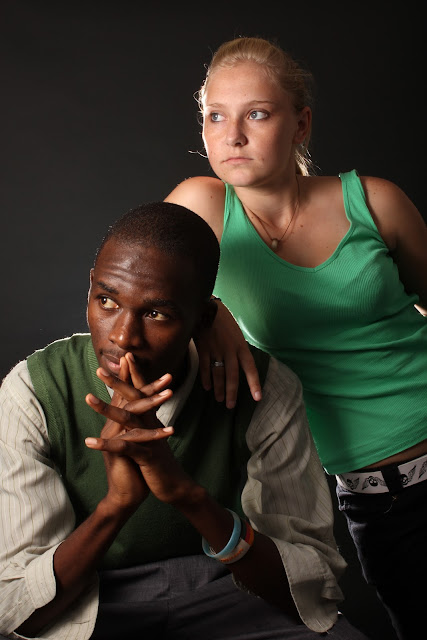 Keep you eyes open for more updates on Hooked Alive by visit this blog or www.totally2d.org. more pictures and character designers will be coming.