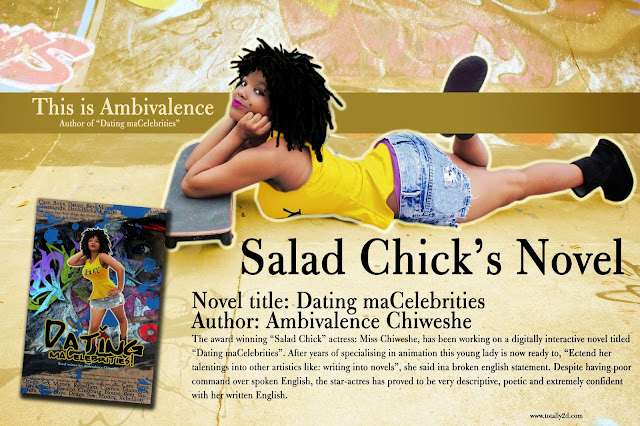 Salad Chick's star actress has decided to expand her empire from animation into novels. This move shall see Ambivalence Chiweshe debut novel "Dating maCelebrities" being released sometime in 2014. Her animated short films like Salad Chick have been screen at film festivals the Stuttgart Festival in Germany, and she has also won awards like Best animated short film during the 2009 Zimbabwe International Film Festival.


A lady this gorgeous must have tonnes of male-skeletons inside her walk-in closet. I have just finished designing the cover for Miss Chiweshe's debut upcoming novel. It's going to be a calabash of African love, juicy secrets, and scandals. Those of you who love our Salad Chick films are in for a slightly more matured treat, rich with suspense and drama as Miss Chiweshe puts on red heels and leads you down into the burning pits of her darkest imagination in "Dating maCelebrities" (the novel).

........Blistered feet caught the attention of two black souls smoking by the sidewalk, as I passed by barefoot. Grains of rough pavement pricked into my torn flesh, like expensive salt. Injecting a numbing pain into my stride. The odour of my drenching sweat was even stronger than their cheap cigarettes. As I passed the suits, nothing else was cheap about them. I lowered my red eyes to the ground in shame, and my sight was met by their matching pairs of fancy Italian leather. Those over-priced kind, I've only seen in newspapers and the magazines I sleep on.

A church in the northern suburbs used to feed both soup and hymns of grace, to the destitute. They used to. I only ever went there for the bread their colourful newspaper advert promised. If I hadn't drooled all over that paper in my sleep, I would've known that it was all just temporary for them. These oil stained African hands relieved me of my agony, as I scrapped off the sand in-between my cracked sole-flesh. Whilst awaiting for the little green man's appearance, as Durban's traffic bulleted past. Pigeon Valley has a lot of potholes, someone says behind me! I strongly disagreed in silence, potholes? Maybe here and there. His gorgeous female companion kept nodding and smiling, in her perfumed animal-fur coat, and glass heels. To him she's just temporary. Very temporary.............

Author: Miss A. Chiweshe
Posted by theTafadzwa at 05:01 No comments: 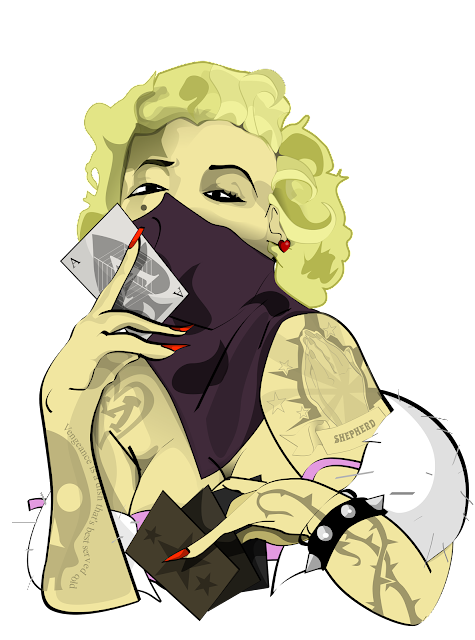 Posted by theTafadzwa at 18:11 No comments:

AWESOME news Totally2d had been designing well polished, creative comic strips. If you have comic strip ideas that you can't draw yourself go to this link and Get comic strips designed for you.

cheers!
Posted by theTafadzwa at 14:24 No comments: