Shall we play... again. As promised I've finished the "Shall we play?" technical breakdown


Recently I uploaded this photograph, and promised to create a rough breakdown of how I got to my end result. 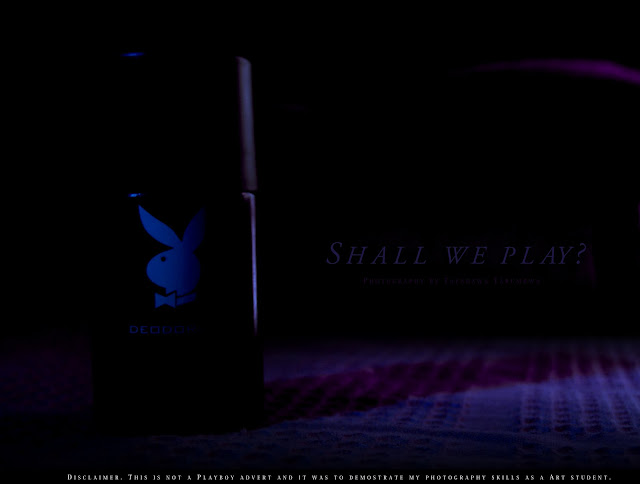 The image below shows a plan of the room I took the photograph in, firstly one needs to know that even though you only need one photo. You must learn to explore your subject and take dozens and dozens of shots. After that you are free to choose the best one. 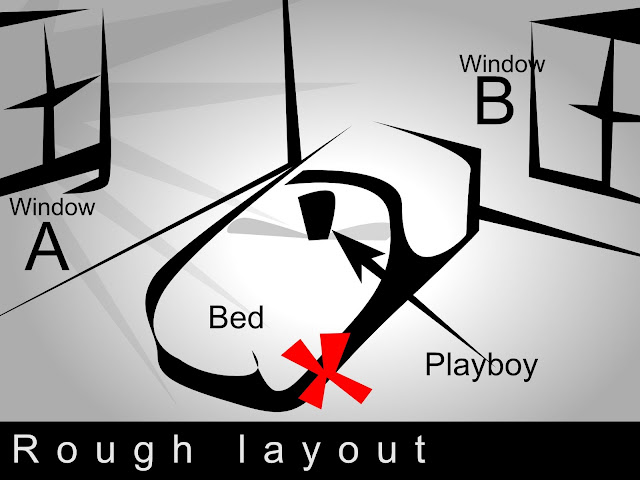 The diagram above have two windows in it. Both of them  were open and letting in light when I photographed the Playboy product. The red X marks where I was standing. Window A was letting in the most sunlight evident in the shadow you will find on my first/ finished image above. The highlight on the Deo's side also shows that window B was also letting in light, causing that appealing shine. 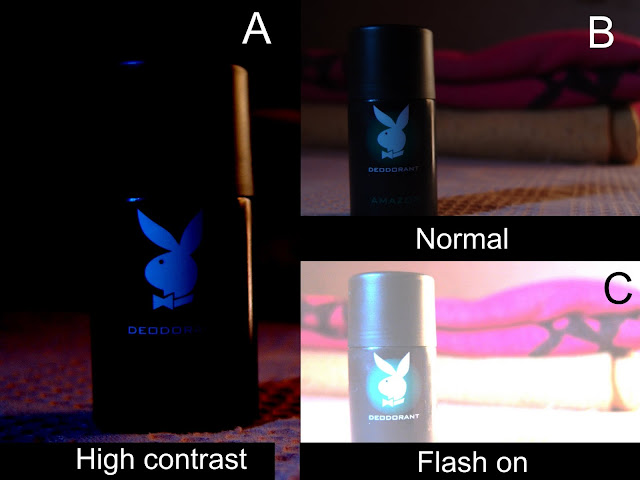 Image B above shows the natural photograph that anyone could have come up with using basic photo skills. Its not exactly  flattering is it? Image C goes to show how much I hate using Flash light. Its (in my opinion) horribly exposed. Image A however have some contrast in it, just compare it to image B and see what Microsoft office picture manager can do. I have Photoshop but for some small jobs I just right click my images, go to "Open with" and select MS Office picture manager and work some quick magic. Like turning images into black and white quickly, or adjusting the photograph's contrast levels. 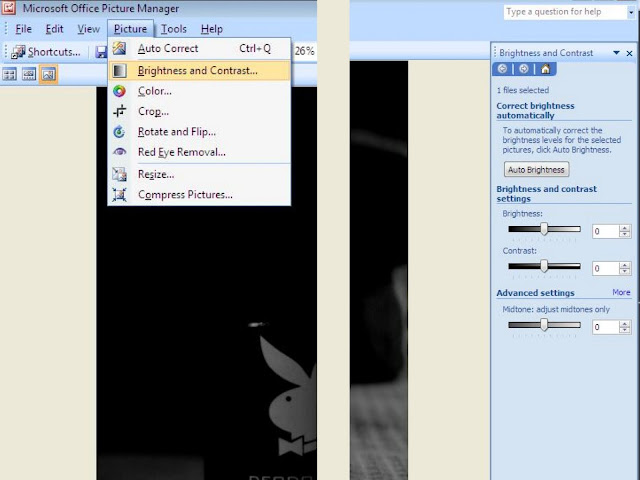 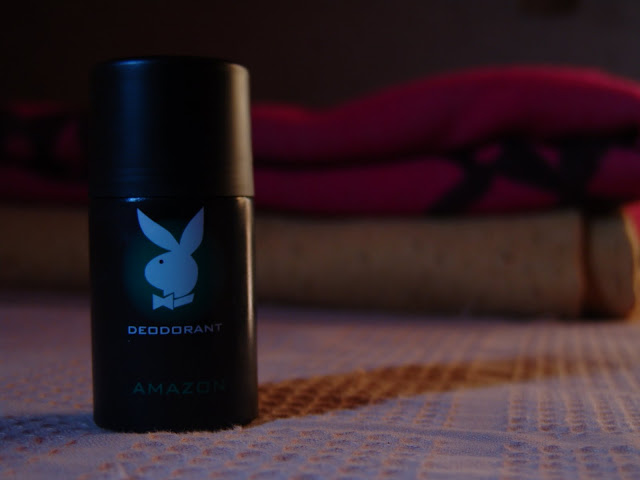 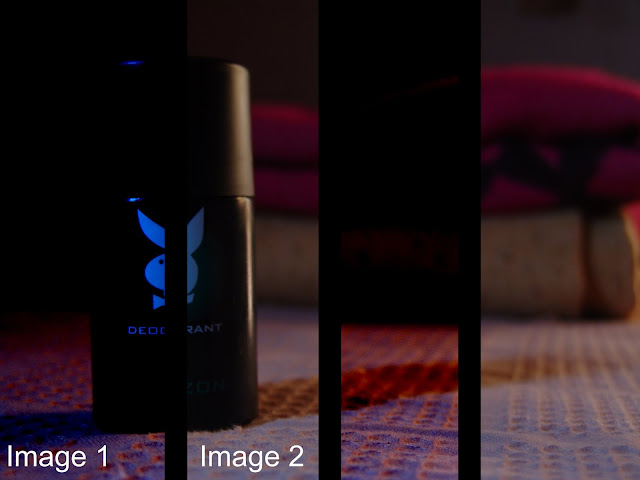