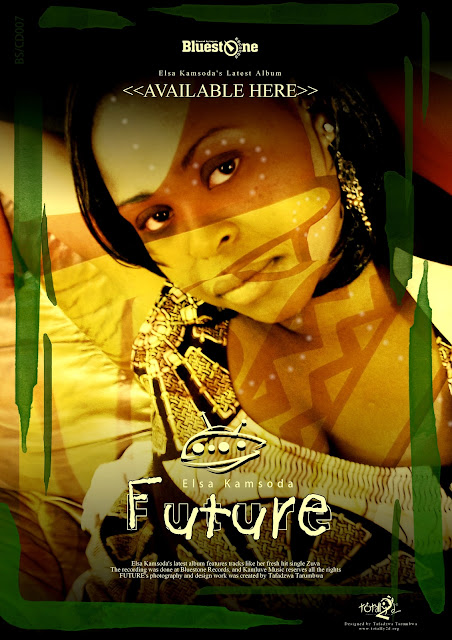 The album launch is just around the corner. I don't have dates but I'll keep you all posted when it's out. Elsa's new album as some of you know by now is called FUTURE and I did a photo-shoot with her a few weeks ago. Now here are the poster designs!

The album cover is also complete now and the print runs have already started. I'll post that later on when it's ready. If you look at the two posters you'll get a feel of how Elsa's image will be like in all her upcoming work.

I'm trying to capture a Zimbabwean feel in the work I'm ding for her a nd the Zimababwean flag colours play a big role in my achieving that. 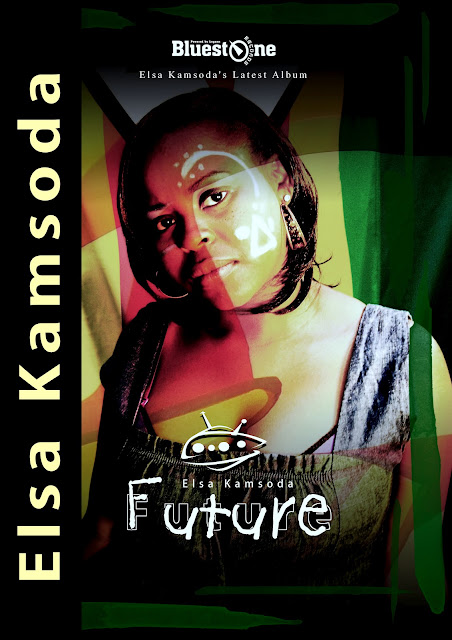 It's funny how far the projects have all come i.e the animated poem we made lats year, video shoots, and now a new album is upon us.